Favoured by millionaires and celebrities all over the world, if there has ever been a vehicle that says you've made it in life, it would have to be Bentley. Just by simply staring at the Bentley badge you'll understand just how high quality they are, and you'll be sure to be turning heads as you drive along. 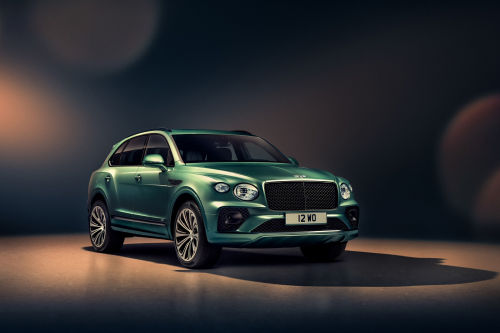 Why lease a Bentley

There are very few car manufacturers that can produce multiple grand tourers without sacrificing the quality of the drive, interior and exterior every single time. One of the notable achievements that Bently have accomplished is winning the 24 Hours of Le Mans six times.

Bentley first started in England, just be World War One. Two brothers, Walter Owen Bentley and Horace Millner Bentley had been selling French cars, but wanted to design and create their own set of cars. After getting inspiration from an aluminium paperweight, in 1919 Bentley Motors Ltd was registered.

After numerous races that proved how reliable these early Bentley cars were, Woolf Barnato acquired one with great interest. He won a number of races, and ending up acquiring the business, saving Bentley from going bankrupt. As of 1998 Volkswagen have ownership, and they've invested a lot of time and money into creating the amazing vehicle you can see today.

If you were to choose a Bentley, you have a good choice of the type of vehicle you want to drive. Some people like to drive convertibles due to the fact they can be open to the elements when driving around, providing its own special experience. Others may prefer a Coupe, which is ideal to simply cruise around in.

One word that should never be associated with Bentley is standard. They are far from that, with the equipment in even the normal model be astonishing. Someone that drives a Bentley will instantly realise that it is like nothing else they've ever driven previously.

A lot of people believe that Bentleys are simply out of their price range because of how well they're made. Bently leasing makes it an affordable option, with you being able to pay monthly payments that fit your budget. You also have the choice to pay a balloon payment to keep the car, or you can simply return it and start a new Bentley lease.